Please watch a short video on his inspirational journey from the "Runaway kid" to an International Badminton Player. Don't miss to read his full interview with Inspirational Beings team.

Could you brief your family background?

I grew up in Kolkata in a middle-class family. I have three siblings, and I am the youngest amongst all. My parents took good care of us, but spending money on necessities was also a challenge at that time.

How did you develop this interest for Badminton?

My elder brother used to play Badminton; he introduced me to Badminton and encouraged me for the practice. I started playing at the age of eight. My family enrolled me in coaching academy, but the academy was far off from our house. Since the age of 8, my regular schedule was- School- 9am-2pm, traveling to my academy for the next two hours, practice till 9 pm and begin the two-hour long journey back to reach home at almost midnight. It was tough, but I was passionate about it. My elder sister used to accompany me; we managed this for seven years. The conditions at the club were average, and we learned to play the sport outdoor, whereas Badminton is an indoor sport.

How did you develop your game?

Under the guidance of late Badal Bhattacharya, and Laltu Guha, I won the State Championships in my age category and, as is the norm, was promptly offered a government job at the Food Corporation of India. After my father passed away, the financial condition of my family was deteriorated, thus my family wanted me to take that stable job

Moreover, my family felt that Badminton could be my liking but couldn't be a career and they were keen on me taking up a government job. However, I loved Badminton, and I wanted to pick Badminton as my career, so. I ran away from home.

I left home with $10 and took a train to Mumbai. I was determined to go at any cost. My parents disapproved my decision and didn't talk to me for almost two months, but eventually, they understood my passion and supported me wholeheartedly. I wandered on Mumbai streets and approached all the prominent academies, but none of them accepted me as I had no money for fees. Coach Shrikant Vad watched me playing and allowed me to take training without fees. Initially, I lived at his house and was entirely dependent on him for my survival, but later, I received a sports scholarship from HPCL. I continued my training for two years under the able guidance of Coach Vad.

Then I moved to Bangalore, where I got trained under the veteran coach Tom John. “Tom elevated me to the international level. He worked hard on my game.

Your learning in this journey?

I have learned one thing; we all have to keep pushing ourselves; Being motivated is our

responsibility. I had no money to get coaching from prominent academies. I got rejected by all academies for tournaments and training at the start of my career.

Later after being top national player, I was offered a job in Indian Railway for monthly $300 salary, again I tried approaching academies for my advance training in sport, but that time every academy was charging monthly fees of $400 or more; thus I couldn’t get the admission. I had no other option but to move abroad for help in improving my sport. After trying hard, I got an offer from Ikast Badminton Club in 2015. "It was a sports college, and I had to play for the club. They gave me a small salary, and with that, I was able to play international tournaments and improved my game. Being in Denmark allowed me to play a lot of European tournaments which would've been too expensive to travel to from India."

After being best in the national ranking, I was not chosen for international games but rather than pondering on it; I decided to concentrate on my game. Since I couldn't afford a coach, I played on my own. Now also, I carry my camera along, I video record my own and other top player’s matches and learn from them and YouTube. After being an international player also, I have slept on airports to save money for my tournaments. But I don’t consider these as hurdles in my sports development.

Challenges are part of life, and we must keep our complete focus on our work and become bulletproof towards these challenges and harsh experiences.

At the beginning of every year , I make ranking promise to myself and works towards the goal. keeping up with our commitment is a must.

Your Best and worst experiences?

My win over two-time Olympic gold medalist and five-time World Champion Lin Dan at the SaarLorLux Open held in Saarbrucken, Germany was the most significant moment of my life. Lin Dan is my sports icon from my childhood; I had his posters on my room walls. My sister used to gift me CDS of his tournaments, and I used to learn Badminton through his moves. I had a dream of playing with him one day but had never imagined a moment like this when I started playing badminton.

I never celebrated the victory over him as he is my personal favorite and hero.

Since it was difficult to manage my training cost in India, I approached international Badminton clubs and got sponsorship. I joined the training academy abroad with an opportunity to hone my skills further and for getting exposure to an international tournament. But it was a lonely and challenging journey. I had no family or friends there. I remember, once after winning the Portugal Open title in 2017. I spent two days at the airport because I wanted to see people and interact with them. I had nobody to share my success or problems. I suffered due to language and cultural constraints.

Moreover, I would spend all my prize money and my Railways salary to play tournaments. Scarcity of funds and resources was also a problem. Those days were tough days.

How do you keep up your motivation up in low time?

I have to go far and have to achieve a lot; thus, I can’t give up or stop. I remind myself about dominant players and the way they fought their challenges while reaching the top.

Once I was playing for a tournament, and world-renowned Lee Chong Wei, the Malaysian professional badminton player lost out in the semi-final. It was a big shock to the whole badminton world. That match was over in the evening, and next morning, when I was heading for breakfast, I saw Lee Chong, who was returning from his practice. Later we got to know; Lee Chong was diagnosed with cancer but continued his training in sports. These examples make me stronger.

What’s your Mantra in life?

Winning or losing is momentary, but building a character of rising above all challenges is in our hand. Love something enough to give up everything else for it.

Starting a Badminton training academy at the age of 24 is a great achievement. Why and how did you start this?

In my struggling face, I had to face colossal rejection from training academies and top coaches as I had no money or sports background. I don’t want young players to go through that awkward phase. I have started academies in Kolkata and Mumbai to provide coaching to local players and even to those who are overlooked by the prominent coaching academies. I want to help these young players to reach their ultimate potential. We started academy before 1.5 years, in such a short time academy's five students played at National level and ten players performed at State level.

This story is supported by 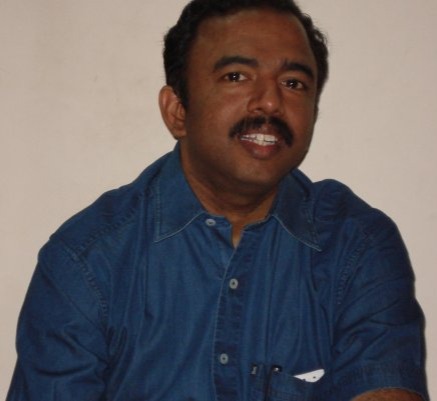 Passion could heal you on the way of your success